Hunting in the Scottish Highlands

Red stag hunting in the wild Scottish highlands and to encounter 100-strong herds or more is a unique and unforgettable experience. 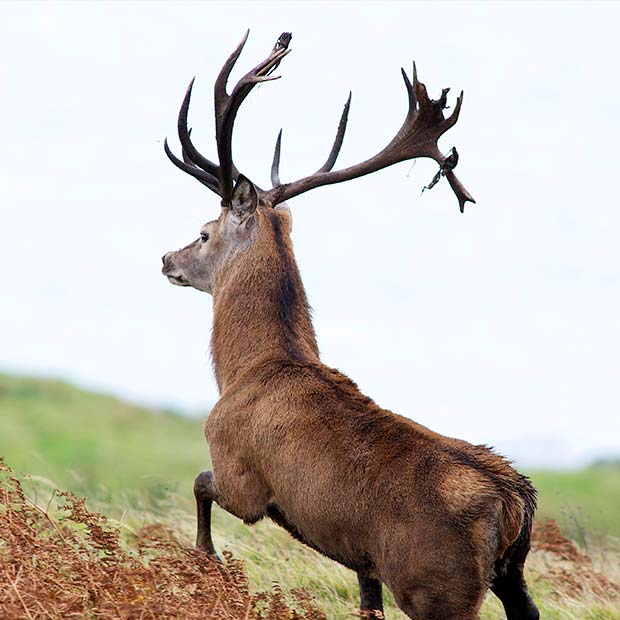 You will fly to Glasgow, from where a 4-hour drive will take you to the hunting areas, which are located on the coast on the western edge of the Scottish mainland. The hunting season for red stags extends
from 01 August to 20 October, after which the hind season starts.

The trophy size in our hunting areas, which are perhaps unique in the whole of Scotland, is above average.

Hunting is not allowed on Sundays in Scotland, so this would be a good day for your arrival.

It is possible to bring your own hunting rifle, but if you want to travel without a rifle you can borrow a rifle on site. 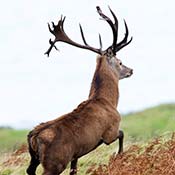 The hunting area is the best managed hunting area in Scotland. The trophy quality is incomparable to any other Scottish hunting areas. With new blood and proper management, great stags streak through Scotland in this area. Due to the highlands and the direct location by the sea, the area offers a unique natural landscape and is a dream for every active sporty hunter as well as for every nature-loving non-hunter.

We offer you several options of accommodation.

You will be accommodated in small country houses that are equipped with all everyday necessities, with self-catering or full board, or in a cozy pub. We also offer you to stay in a very exclusive castle, with full board and butler.